The differences between venture capital and private equity 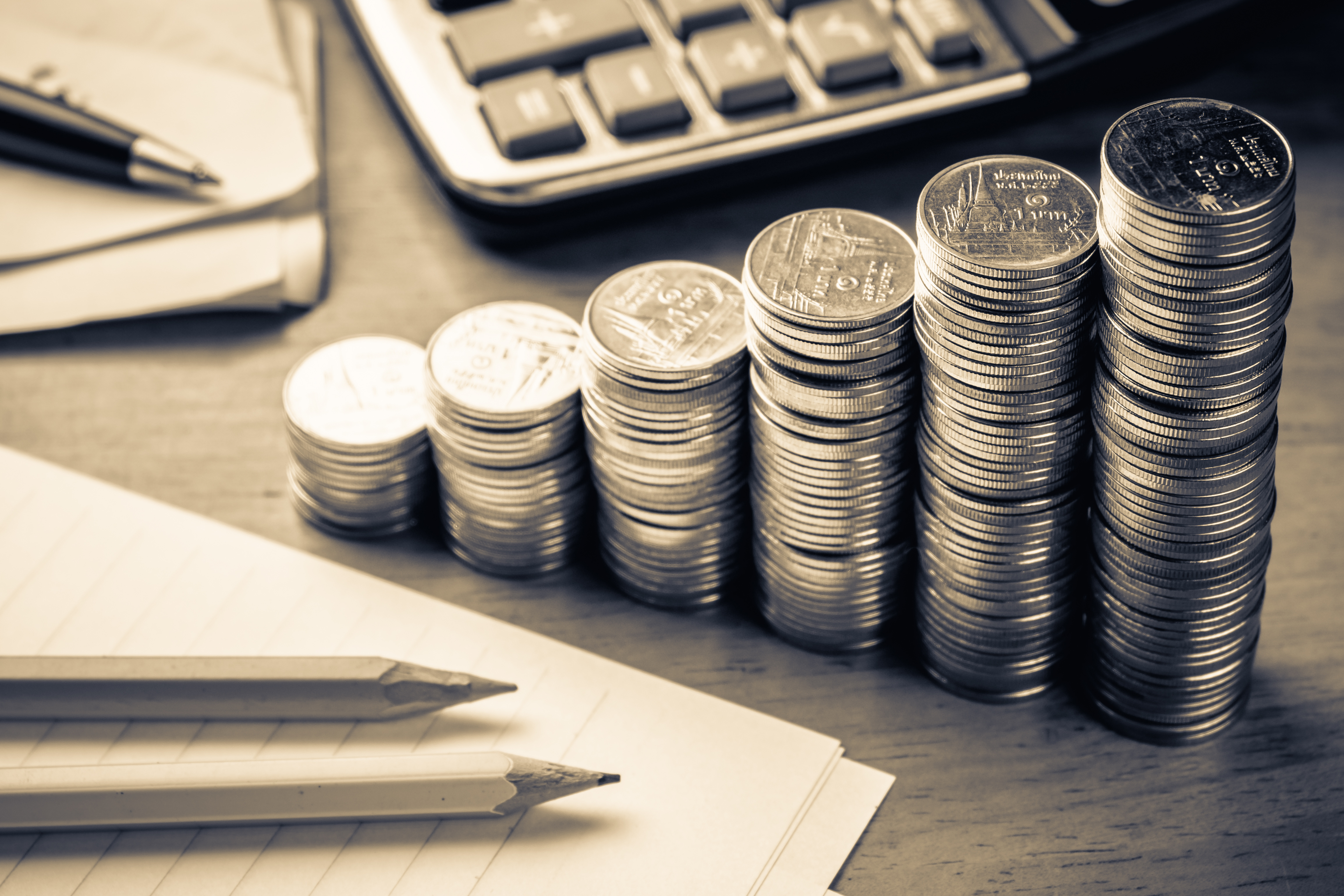 The differences that exist between venture capital and private equity are mainly related to the objectives set for the related funds, since the VC was born as a subcategory of private equity.

Specifically, private equity refers to all transactions made by institutional investors in companies that already have a consolidated history behind them and need financial partners to carry out a restructuring, change ownership or carry out development plans (for example, expand internationally).

Otherwise the Venture capital deals with operations carried out by institutional investors (funds of various kinds) that enter the capital of a start-up company or that is going through a period of expansion.

Let’s analyze them in more detail:

Private Equity : this term refers to those investment operations in companies that are generally not listed, carried out by professional operators, through participation in the company’s risk capital. Therefore, these are activities of assumption of long-lasting and significant shareholdings in the capital of the companies with the aim of increasing the value of the shareholding in the medium term, to then achieve a substantial gain at the time of its disposal. From a legal standpoint, the elements that distinguish Private Equity must be sought in the context of “mergers & acquisition” operations, ie those economic-strategic aspects of corporate finance.

In Anglo-Saxon funds, on the other hand, investors enter the fund’s assets as limited partners. As regards the dynamics of the fund, it is necessary to specify that the amount of the subscriptions is not paid immediately by the investor, but over time and in proportion to the investments approved by the manager. Therefore, over a predefined period of time, based on the liquidity needs of the fund, the proportion of the amount subscribed corresponding to the necessary amount will be required from the investors, including the references to the commitments (draw-downs).

Furthermore, within this pre-established period of time, the assets must then be released by the manager, in order to return to the investors the amount paid and any gains. The investor is also obliged not to sell the shares he has subscribed to before the time. This investment instrument has shown steady growth in recent years. The aggregate annual gross return (IRR) produced by these funds in 2017 was 18.2%, the figure is followed by + 20% of the year 2018, thus confirming the validity of this form of investment which remains stable also in 2019.

Venture Capital : this is an investment in the risk capital of companies, generally unlisted, through the temporary acquisition of shares for the purpose of disposing of them in a medium-long time period (3-10 years) realizing a capital gain from the increase in the value of the company, after having financed it in its initial phase (early stage) or development (expansion financing).

In the first case, the intervention is aimed at supporting the start-up phases of the company, providing capital and administrative organization, or a patent business (generally technological), with a very high level of risk due to the fact that it will be to “test” an unprecedented entrepreneurial formula on the market. In the second case, on the other hand, the transaction supports a growth plan, including through the acquisition of another external company, through a capital increase or a convertible bond loan, with relative greater containment of the risk for the investor, against a product already present on the market and an operation that is limited to guaranteeing the mere support to the development of an already mature company, which will therefore have a nature of consultancy rather than financial.

In addition to providing financial resources, the institutional investor must also make available his professional experience, his managerial skills, strategic, marketing and organizational consultancy that can contribute to the development of the company. The venture capitalist, a temporary partner, must possess technical and managerial skills that guarantee the success of his investment. These, in fact, will not be able to avoid a careful verification of the company’s growth prospects and the feasibility of the development plan that it intends to finance, also because the quantum of return that the venture capitalist will be able to obtain will depend strictly on the success of the business. achieved, while the latter will in turn constitute a “flywheel” for the economic and entrepreneurial fabric of the territory.

Here lies one of the main differences between Venture Capital and Private Equity . In perspective, the preliminary feasibility assessment of the financed plan acquires a greater significance value compared to the investment in a Private Equity fund and this in consideration of the greater risk that the venture capitalist accepts to face not its own investment.

In fact, there could be a risk of rapid obsolescence or lack of commercial success of the product (especially if it is technological), also due to the entry on the market of a competitor, as well as the risk of a necessary refinancing of the operation and the impossibility of disinvesting the capital invested in early stage due to failure to achieve pre-established growth dimensions.

From the sharing of the business risk between entrepreneur and investor, likewise interested in the success of the financed operation in order to obtain a gain from the disposal of its own share, derives the distinctive trait with respect to the “traditional” forms of investment, certainly not related to any corporate structure that guarantees the close collaboration and constant information of the investor, while leaving the entrepreneur and the management group the full autonomy of choice over the corporate strategies. The venture capitalist enjoys, in fact, a series of tools aimed at bridging the problem of information asymmetries both in the verification of the technical and commercial validity of the business idea, and in the business management phase, but above all a series of guarantees ,

The stage financing allows the investor to divide his contribution into several trances, each of which is generally to be made at the time of the achievement of certain planned results by the entrepreneur (milestones), in order to reduce the risk exposure of the venture capitalist and to allow him a right of abandonment of the project, which is also an incentive for the entrepreneur to run the company according to diligence. Furthermore, the venture capitalist can be guaranteed against the eventual “failure” of the business activity financed by resorting to the diversification of the forms of investment of the overall financial contribution, which would see, in addition to shares and bonds, also the so-called. convertible preferred shares,

Although it is a minority shareholder, it is possible that venture capitalists and entrepreneurs enter into shareholder agreements aimed at guaranteeing the former a power to control and monitor business activity, such as board representation, which consists of the right to appoint and revoke or express the approval on the appointment of a specific number of members of the board of directors, the board of statutory auditors or managers and the restrictive covenants, which consist in the prior consent of the venture capitalist on certain predetermined transactions, including those of the extraordinary shareholders’ meeting. On the supply side, a decisive incentive is the introduction of corporate governance rules (also with shareholders’ agreements) which in themselves guarantee the consolidation of the cooperation between entrepreneur and investor,

The Venture Capital Funds, to date, are regulated in a harmonized way with EU Regulation no. 345/2013 of the Parliament and of the Council, which provides for a system of benefits and obligations for all those Funds, with a value not exceeding € 500 million, which satisfy the application requirements and which will provide for the collection and investment of the capital of risk with the name “EuVECA”, thus being subject exclusively to EU legislation, while that of the Member States will still be applied only to the Funds lacking the “guarantee” name because subjects excluded from the scope of application of the Regulation or it is a matter of non-EU managers who manage or market non-EU AIFs.

In order to obtain the name “EuVECA” for the Fund, the Manager shall register with the competent Authorities of its State, which will ensure the existence of the requisites required for the Manager and for the Fund, as well as for investors, provided that the Funds qualified persons may offer units and shares only to professional investors or other investors who nonetheless undertake to invest at least € 100,000 and declare that they are aware of the risks associated with the planned investment.

The main activity of the Funds must be that of investing in SMEs that will fall within the eligibility ratios in the Fund’s portfolio (qualifying portfolio undertakings), while enhanced obligations are envisaged in terms of due diligence in management and information to investors and National Supervisory Authorities.